Three days ago, we finished the tour with King Diamond and now we are ready to record our 4th album “Metus Mortis”.
First of all, we changed our instruments with lots of tools to finish our Storm Your Brain Studios. Most of the work is already done, but we still had to build one wall to finish the recording room and separate it from the listening room. So, Milan is our architect and chief wall builder and the rest of us are carrying stones, concrete, water and everything else you need to build a wall. This means lots of dirt, sweat and blood but lots of fun, believe me. Unfortunately, our camera broke down so you cannot see us working, haha.

After we finished our work, we started to record the drums. As always, the beginning is setting up the drums, plug in the cables and start soundchecking. Now we are ready to record. We decided to start with “Meet Me In The Dark”, a typical Brainstorm banger in the style of “Arena” from the “Ambiguity” album with one of the heaviest Brainstorm riffs ever!!!

Next one is “Cross Gods Face”, a double bass driven riff, followed by some cool rythm changes in the middle part. Dieter starts the song with a cool little drum solo. “This has to get in!” he said, and think what – so we did.

After that, we recorded “Blind Suffering”, probably the opener of “Metus Mortis”, an asskickin‘ up tempo song with amazing fast doublebass parts in the chorus and a guitar riff right in your face and a very fast guitar solo in the middlepart. This is fuckin‘ heavy, dudes! And, as on the other songs too, but here especially, with amazing vocals from Andy.

Cycles is the next on the list and for us, this is the follow up to “Crush Depth” from “Ambiguity”. Again some cool rythm parts in the bridge and the solo part, this one will brake your necks on future live shows! Milan meant that after this song he has to retire his right arm, because of the fast pickings in the song, hehe!

Next one is “Hollow Hideaway”, listen to the chorus, what a great melody, even in the guitar solo in the middle but on the other hand as heavy and groovy as shit.

We go on with “Strenght Of Will” and “Shadowland”, two uptempo songs with lots of doublebass parts and big chorus lines. To give you a short idea of the songs, “Strenght Of Will” will probably be the last song on the CD and follows a little bit the style of “Dog Days Coming Down” from “Unholy” or “Perception Of Life” from “Ambiguity”, just way better of course and kind of a little darker from it’s expression!!! Hahaha! With a great double guitar attack solo. “Shadowland” is one of the songs we are very proud of, among all the others we’re of course proud of as well, but this is something special for us. For no serious reason, but everytime we play this song we think that we know this one for years already. Maybe comparable to “The Healer” from “Unholy” or “Tomorrow Never Comes” from “Hungry” again with a darker touch in the riffing.

Next on the list are “Weakness Sows Its Seed” and “Checkmate In Red”, two lower tuned songs and if you like to compare them with older Brainstorm titles, let me bring three names in the round: “Beyond My Destiny”, “Maharaja Palace” from “Ambiguity” and “The Other Side” from “Hungry”. Do I have to say more? Very athmospheric, without losing the heavyness we like so much. And again, amazing vocals and guitar solos and a cool Asian touch in “Checkmate In Red”.

The next two songs, “Behind” and “Into The Never”, are two of the fastest songs we ever wrote. If you liked “Holy War”, you’ll love “Into The Never”. “Behind” has the craziest, heaviest guitar riff we ever did, the coolest drum and rythm parts and vocals that change their style more than twice. This shows again the great variety of Brainstorm, we think.

This brings me to the last two songs we recorded for “Metus Mortis”, two real anthems, “Face Down” with accoustic guitar parts in the vocal part and very groovy with some cool bass parts of Andi M. Again with very melodic double guitar leads in the solo part.

“Under Lights” closes the circle and will sure be part of future live shows of Brainstorm. Starting with a melodic guitar solo, turning into a steaming bass/vocal part and ending in a great chorus this song is made for the stages of the world.

Well, this is the end of our studio report. Kind of different from other studio reports, but we wanted to give you a small impression of what we think of the songs and we hope you can feel how much time, heart and sweat we put in our music and how proud we are of the new songs. Hope you like “Metus Mortis” as much as we do.

The Opener! Something like the (secret) titel track of the album. Both – the album titel and the album cover – are represented best by this song. You should be open for critical and other opinions than yours, but stand for your opinion, if you think you’re right. Doesn’t matter if wrong or right in the end. Don’t stand silent without saying your opinion. That’s what makes people sick. Stand up for your rights and strike back if necessary!

Nowadays, there are obviously more hidden, secret religious groups than most of us thought. This may be o.k. for people who think they get (physical and mental) help out of this and gives them hope not to be alone it this cold world – but – strangely and badly enough – most of the time there’s only one person who makes profit (financially or fysically) out of it. The so-called leader of such a group. And many, lonesome and dissapointed from life, people follow those leaders with totally giving up their own personalities. This song is written from a (possible) leader’s point of view, his way to find the weak points of his followers and to use this for his own advantage and profit. In the lyrical story, some groups are operating together like indepent, but very close companionships. The so called ‘Shadowlands’!

As we had on “Ambiguity”, here again, some oriental tunes in the music. Something like the musical and lyrical brother of “Maharaja Palace” from the last CD.
The story brings us to India and is about the oppression and torture of people, who are different minded than the leaders say they have to be; and shows the cruel, despising machinations behind the golden towers in the dungeons and oubliettes of the palaces. The lyrics show the situation of an adolescent, who is abased by the leaders. He sees himself being part of a bloody ‘chess game’, unable to control and react on his own authority. In “Maharaja Palace” we had the entry into the dungeon, now we have finally arrived in the deepest dungeon of the palace. With a little preview into the future and the historical revolt of the oppressed slaves and the end of the torture. But more of this next time…

Within various religious conflicts there are always the so called ‘leaders’ who try to influence ‘weak characters’ to act totally for the leaders wishes. This is the way such otherwise aimless fanatics arise. This dissipated, violent potential of such leaders brings people to intimidate and to give up their social contacts and relationships. That’s the wrong way to give life a new sense. You should hear deep into your inner voice and think twice. To be dependent and to let your whole life be controlled from one single, rather unknown person cannot be the real meaning of our existence.

That’s a song about spacial and psychical restriction. About people, who can not leave their houses due to certain phobias and trepidations or people who are trapped in their own mind. Some people, who realize their weakness, or better, their fears, give themselves up and let their fears take control over their lives. And there are some that create their own demons without having any problems just because of a maybe boring life. Try to accept that, often natural, fears are sometimes the best way for a healing process.

Losing well known people or being always misunderstood or even not understood at all can arise refusal and anger against mankind. You feel like you fall “Into The Never”. The lyrics describe, sometimes from one’s own, sometimes from another person’s point of view the morally break-up of a dissapointed human being.

Do you know the feeling, when you look into a lamp or into the sun and you try to watch a certain object after that? You don’t see anything, you’re still dazzled. Dazzled like we are nowadays through the media, through advertisements. Even if we know or feel something is wrong, we often cannot or aren’t able to see the truth. And sometimes we just don’t want to see it. Altough under such lights many things come to the surface, no one should believe everything he sees and hears in the media without trying to question him-/herself critically, if this is correct or not. Again, face your fears and be brave enough to try to get to the bottom of your questions and doubts. Here compared with dark powers/mights that try to possess your soul and enslave you.

A persistent recurrent spiritual cycle. Everything comes or gets back sooner or later! Doesn’t matter how you squirm and withe (or dodge), life and everything that happens on your way of life is prisoned in a recurrent cycle. Your past stands as the future in front of you, sometimes. But when? From that point of view, I think it is important to believe in yourself and always work on yourself. Try to solve problems on your own if possible and don’t trust too much in the help of others. Maybe next time you fail if nobody helps you. Compare – do mouth and eyes speak the same language or are the words spoken with a cloven tongue?

The escalation of religious wars in the middle east and on many other parts of the earth is very convulsing. Everything is done to show the antagonistical religion as hostile to the own faith and their effacement is the only alternative. So, many people eschew to look behind the facade and get a different, personal point of view. Children are really not responsible for where they are born and where they grow up, however, they are passing for enemies from their date of birth, just because they are born on the wrong side of town, f.e.. What kind of a world are we living in?

Meet Me In The Dark

This one has a more futuristical touch. The story is about two guys who meet in the cyber space. I am a PC-game freak, myself, so I can absolutely comprehend, how fast reality and fiction can become blurred. In this song, the consequences are by far ghastlier/crueller: the one who loses in the cyber space, loses also his real life. Addiction drives people insane. Here only the cyber space, but also comparable to many other situations.

Your will is deciding. When your past overtakes you, this can tamper you more or less, depends on how strong you are and were from your character. It either strenghens you or makes you weaker. But there’s no reason not to stand upright. What happened, happened. Stay as you are and stay yourself, as we do!!! 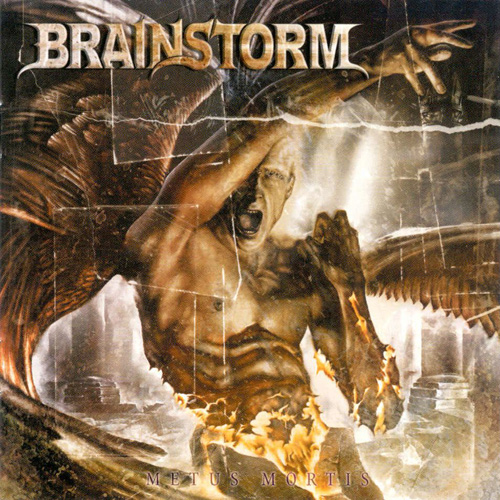 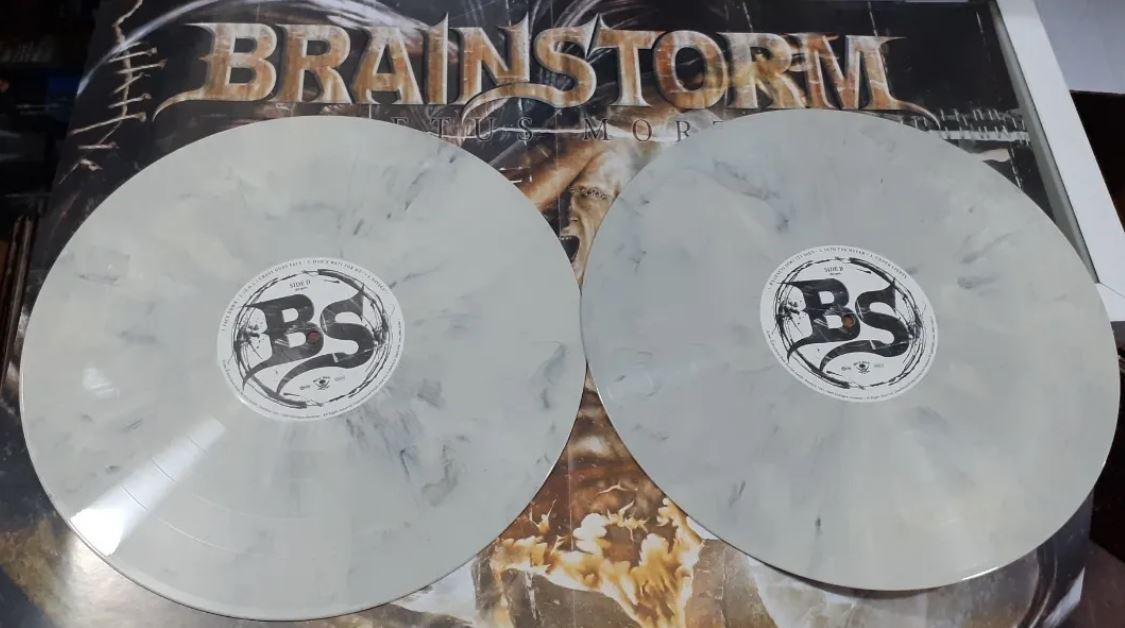