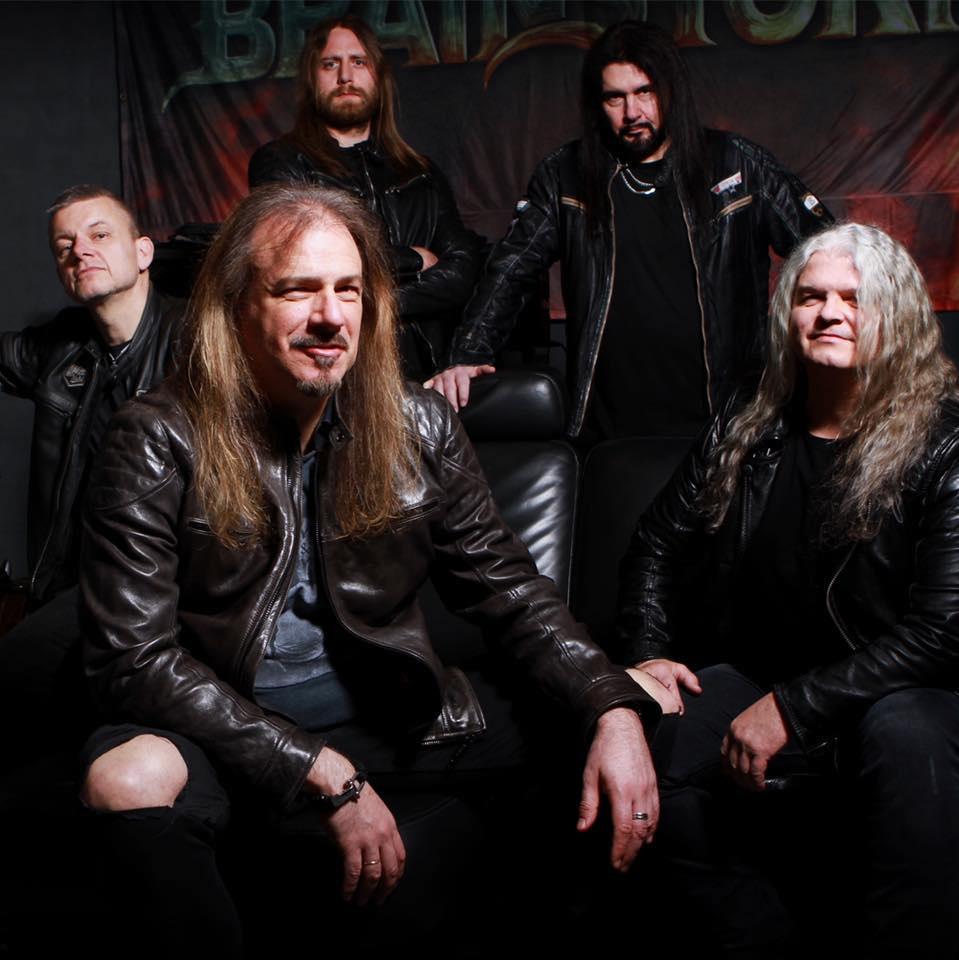 Listening to the latest Brainstorm album ‘Wall Of Skulls’, you immediately realize how much the band surrounding vocalist Andy B. Franck has benefitted from the group’s impressive predecessor offering, ‘Midnight Ghost’ (2018). ‘Midnight Ghost’ was a musical turning point for the power metal act from southern Germany which saw the band members reach an even higher level of quality and broaden their artistic horizon even further. “When we released the recording, we immediately felt that we were holding probably the most important album in Brainstorm’s history in our hands,” explains Franck. “Sales figures as well as audience reactions during the subsequent tour confirmed that impression. Our fans celebrated the new material as enthusiastically as they did our classics.” And that’s precisely the point where ‘Wall Of Skulls’ picks up, taking Brainstorm’s musical concept even further. Franck talks of an “almost uncanny energy at the rehearsal room when we wrote the material. We’ve included more powerful and fast-paced numbers than ever before on this album. All that happened totally unintentionally and without a masterplan but in a completely natural way. We simply worked on the songs without compromises and never changed course once we’d embarked on a specific direction. So ‘Walls Of Skulls’ is definitely not ‘Midnight Ghost 2.0’, but another and very obvious step in the evolution of our music.”

A development, coincidentally, which has in a way even benefitted from the crisis for the cultural sector during 2020, which was marked by countless uncertainties and public lockdowns. “It may sound paradoxical, but the Covid-related tour cancellations and postponed tour dates gave me time during the production of ‘Wall Of Skulls’ to put things on hold that I wasn’t one hundred per cent happy with and start all over again. In May 2020 I started feeling like I was running in circles artistically, so I deleted lots of vocal cuts and started all over again six weeks later. As far as I was concerned it was important not to rush these songs but to get the optimum out of our creative power.”

And that’s exactly what these ten tracks (plus Intro) do. ‘Wall Of Skulls’ sees Brainstorm pull out all the stops, guitarists Torsten Ihlenfeld and Milan Loncaric stringing together one strong guitar riff after the other, giving the rhythm section consisting of bassist Antonio Ieva and drummer Dieter Bernert free rein and allowing them to lay down the red carpet for some awesome melodies and anthemnic chorus parts. The opener ‘Where Ravens Fly’ with its unembellished style shows that Brainstorm mark 2021 are even more straightforward and direct than before. “I feel that this time around we’ve really got rid of all unnecessary ballast and haven’t allowed ourselves be distracted, not even by supposedly insignificant details,” enthuses Franck, whose powerful voice soars, as usual, almost majestically above everything else, not only on a mid-tempo number such as ‘Solitude’, which represents one of Brainstorm’s traditional fortes, but also on more fast-paced songs like ‘Turn Off The Light’ and ‘Escape The Silence’.

Talking of which: The latter two stand for an absolute novelty in Brainstorm’s career: For the first time ever, the band has worked with two guest vocalists who assume a central role in the respective songs. ‘Escape The Silence’ stars Rage’s Peavy Wagner, while ‘Turn Off The Light’ features Orden Ogan frontman (and also ‘Wall Of Skulls’ producer) Seeb Levermann. Franck: “I’ve known Peavy for 15 years, he’s a German metal legend, which makes me all the happier that he recorded a number for our album. As far as I’m concerned, his voice takes the song to another level. In contrast, the duet with Seeb on ‘Turn Off The Light’ has a haunting battle-type quality which highlights the album’s diversity.”

‘Wall Of Skulls’ is scheduled for release on 20 August 2021, with another cover courtesy of Hungarian artist Gyula Havancsak (Accept, Stratovarius) featuring an amazing design which is the perfect companion to one of the strongest Brainstorm albums to date. Andy B. Franck is happy to confirm this positive impression: “I’ve never felt more comfortable in my role with Brainstorm!” 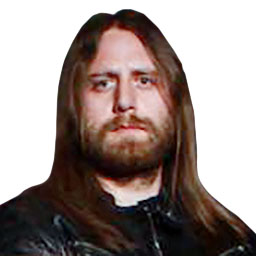 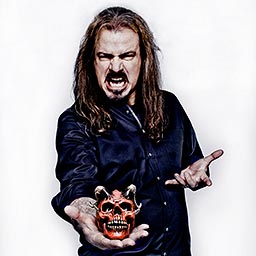